Love? We are defined (and exist) by the undefinable 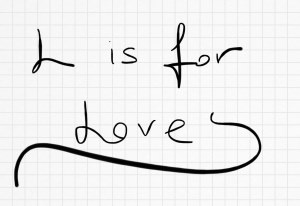 An enigma across disciplines remains unsolved – from poets to philosophers and neuroscientists.

Someone once said, “I love you but I don’t know what love is” and I found it the most honest self-deception I have ever heard. How can people claim words that are yet to be defined, I thought.

At least as an “incandescent white hole where there are all those feelings for which there are no words and no explanations” as a friend said. We know this because its essence is entangled with human existence and behaviour.

We are defined (and exist) by the undefinable.

Then I remember reading scientific articles that have revealed how chemical substances, such as oxytocin, and specific brain regions, such as the foci in the media insula and the anterior cingulate cortex, are linked with human experiences and behaviours associated with love. Right caudate is also implicated in romantic love as it is rich in dopamine which is associated with reward and motivation. In a way, this shows that there is a biological basis of love in a similar way that there is a biological basis of hunger. So, is love a need?

Evolutionary psychologists proposed theories that are supportive of this view. Infants and children depend on parental help before they are able to stand alone in this world and they exchange this need with loving their parents in return. A mechanism that promotes survival.

Furthermore, since Darwin’s time there have been speculations that the ability to experience love acts as a signal for a potential partner who will be a good parent, and with whom we could pass genes to the next generation.

Perhaps, when a self-proclaimed “streetologist” told me “love is interest” he was echoing evolutionary theories.

Thinking a bit more carefully, perhaps this is what a friend of mine meant when, still surprised, I told him that I had just seen a girl brushing her teeth in the ladies’ room of a high profile London bar. Bluntly, and as if he had seen it all before, he told me “Girls come here because they know rich guys hang around”.

So, if our love is motivated by need and interest does this make us selfish?

Every time I find myself asking this question, my faith in human kind is saved after reminding myself of some bright stories that I have come across in my clinical work.

For example, D is a lady of 80 years who recently, as an inpatient, was diagnosed with a neurodegenerative and disabling condition called Motor Neurone Disease (MND). She has been married for more than 5 decades and during the last 2 years she has been the main carer of her husband who suffered a stroke and has been bed-bound ever since. Doctors were puzzled as to why this otherwise apparently well-functioning lady was showing an inability to understand and respond appropriately towards her own threatening diagnosis. They were therefore reluctant to let her go until they were able to clarify whether there was also a dementing process in place, which is why they asked me to assess her. Although D’s cognitive abilities were slightly impaired, they could not account for her apparent difficulties with absorbing information about her own condition. This difficulty was better explained by her more prominent worry and distress about her husband’s condition. All she wanted was to get out of the hospital as quickly as possible so that she could join him and care for him, her disabled, bed-bound husband. Her condition did not matter, but he did.

As another example, if one sees S, one would think that this is a man with significant motor and learning difficulties. He moves with the support of a walking frame and suffers from severe difficulties in speaking and pronouncing words. Pity or a strong concern about how he survives might be a first emotional response towards him. But, S deserves nothing less than admiration. He is a 75-year-old man and his MND is at a much later stage than D’s, meaning that his symptoms are more severe. His brain function is better than that of a 30-year-old man and he is the main carer of his wife, who suffers from dementia and OCD. Her main carer. That means he cooks for her, he feeds her, he makes sure she takes her medication and he offers entertainment to her. He uses a notebook and a mobile device to communicate with others. Yet, this man did not show any anxiety or depression symptoms. Instead, he shared with me his thoughts and feelings towards his wife and reflections on his medical condition and situation at present in the form of poems. Poems! “I am happy”, he tried to tell me on his way out of my office, “because I love my partner, myself and life. Despite all”. How many of us who have more than he has, and suffer less that he has, live so honourably? And so happily?

The above examples remind me of another friend’s attempt to define love. He said that “love is giving in to someone, submitting to them, making sure they are happy”. As I started thinking that you can double your happiness (perhaps still in a selfish context) by making someone else happy, he then added more seriously “not necessarily making yourself happy”, giving a new twist to the definition. A complete, utter and unconditional submission to make someone else happy… I wondered – is this even if this opposes our own interests by letting them free? Alas!

And yes, as such, I guess love can also be a “wild animal” which “nests upon broken hearts” as Rammstein sing or as Anne Clark wrote in her lyrics “a heart disease” where “no cure can make this aching ease”.

Indeed, scientists have defined a condition called “stress cardiomyopathy” or, in more lyrical terms, “the broken-heart syndrome”, in which one experiences a strong heart pain that initially appears to be a heart attack. It was first noticed in people who were grieving the loss of their beloved one. These types of events can trigger the sympathetic nervous system causing the body to unleash a flood of chemicals, including adrenaline, which can stun the heart muscle, leaving it unable to pump properly. This condition provides an explanation for all those stories we read or hear, about a spouse who died within weeks or months after losing their partner, without suffering from any obvious medical condition themselves.

If somehow there is still a selfish and self-interested act in the above examples, then so be it. But, perhaps selfishness has a kinder and nobler meaning too then, where in our self-interest to be well; we give out so much to someone else to be well too. And if s/he is not, then our own life counts for little, if anything at all.

From a cynical angle, I wonder, is this living with a noble cause or just sentimental stories for helpless romantics?

And then I think of the minority of people, of whom you only read in books and no one really knows if they do actually exist…those who feel they were raised by the wolves and their cause to live is larger than the love they could bear for another human being. Those unable to lead a common life or partake in society, those self-sufficient creatures that Aristotle named “beasts or gods”, perhaps in a linguistic attempt to separate them from the sane. If they do really exist, what mark can they claim they leave in this life? Have they made this world any better (or in fact worse!) by their existence, by making someone else breathe a bit more easily (or not!) because of them? What noble cause or sentimental story could these heartless people claim to validate their presence in this life?